Fine Ceramics (also known as "advanced ceramics") are used to make components that require high levels of performance and reliability, such as advanced semiconductor packages and automotive engine parts. In fact, Fine Ceramics support the latest technologies in diverse applications throughout modern society. Do you know the history of Fine Ceramics? They share common origins with the conventional ceramics that we use every day, like tableware, vases, pottery and other household items.
The history of ceramics begins with earthenware. Thousands of years ago, humans learned how to make earthenware vessels by kneading, forming and firing clay. Prior to this discovery, the only other man-made items were stone tools made by chipping rocks. In this sense, earthenware could be called “the root of all industrial products.” After the Stone Age, countless advancements were made over the millennia before Fine Ceramics appeared as we know them today.

History of Pottery in Japan

The history of pottery in Japan dates back over 10,000 years ago to the Jomon period (14,000 – 400 B.C.). The Jomon people, a society of hunters, were among the first in the world to create pottery vessels. Their earthenware is characterized by a distinctive rope-like pattern. Japan’s subsequent Yayoi period (500 B.C. – 300 A.D.) brought the advent of rice cultivation, along with "Yayoi ware" pottery in various shapes. The Yayoi fired clay vessels surrounded by piled wood at temperatures ranging from 600 to 800℃ (1,112 – 1,472℉). This method is called Noyaki, or "open-firing."
About 1,500 years ago, a new firing method using a tunneled, sloping kiln (Anagama) was introduced from Korea. In this method, clay shaped on a potter’s wheel was fired at temperatures of over 1,000℃ (1,832℉) for extended periods. Vessels made using this method are called "Sue ware."
With the introduction of the potter's wheel and Anagama, ceramic technology in Japan was drastically improved. Because of these advancements, hard, well-shaped ceramics became producible in large volumes. In later years, Anagama was further developed into Noborigama, a climbing kiln, which was able to fire many items at the same time.
In the Nara period (710 – 794), people started to use glaze made from vitreous powders. The glazing and firing of biscuit ceramics resulted in bright and soft-colored vessels that also prevented water leakage.
Porcelain was introduced from Korea during the Azuchi Momoyama period (1568 – 1603). Porcelain is a dense ceramic made by firing combinations of clay and feldspar.

Ceramics in the Era of Electrical Technology

Moving forward several centuries, Japanese pottery culture began to experience a period of rapid development.
In the 19th century, with the invention of the electric light by Thomas Alva Edison and the telephone by Alexander Graham Bell, a new era which could be referred to as the "era of electricity" began. Ceramics, previously used only as vessels, started to play entirely new roles suited to this new era.
In general, ceramics do not conduct electricity. Compared to other insulators, such as paper and wood, ceramics are less affected by environmental factors such as temperature and humidity, giving ceramic components higher reliability. Through the history of ceramics going back more than 10,000 years, we have learned modeling technology to produce ceramic products in a myriad of shapes. Ceramics have thus come into widespread use as insulators or as insulating materials in areas ranging from power lines to household products, and have become important materials that allow people to use electricity easily.

The Era of Electro-Ceramics

The 20th century brought the advent of electronics, with the start of radio and television broadcasts and the invention of the transistor. This era was facilitated by ceramics from the beginning, when large vacuum tubes of the early 20th century relied on ceramic materials. Within wireless equipment, only ceramics possessed the properties necessary to provide high signal output even over high frequency ranges. Ceramics could not be replaced with other materials.
Ceramics have benefited from significant advances in material composition as well. In addition to natural raw materials, artificially synthesized raw materials are now commonplace. Metallization and other technologies to permit stronger ceramic-to-metal bonding were developed. During this period, ceramics rapidly grew closer to today's Fine Ceramics.
Semiconductors, the core component of the electronics era, have also been supported by ceramics. Transistors and integrated circuits (ICs) were developed in U.S. laboratories shortly after the Second World War. However, because they were extremely sensitive to external moisture and strong light, these early transistors and ICs were not immediately available for practical use. Fortunately, ceramic packages were able to shut out external moisture and light while maintaining the electrical performance of transistors and ICs. It is no exaggeration to say that the semiconductor revolution was launched in these packages.
In addition, ceramics have helped to reduce the size of capacitors and inductors in electronics. Since the middle of the 20th century, ceramics have undergone a continual evolution, and now possess excellent dielectric and magnetic properties. As a result, electronic components were miniaturized and made highly functional. Ceramics thus made a significant contribution to the downsizing of electronic equipment. If capacitors had not been made of ceramics, the portable electronic devices we depend on every day, such as pocket-sized smartphones and laptop computers, would never have appeared. In fact, a modern smartphone uses more than 600 ceramic capacitors. Fine Ceramics were born in this era as highly precise industrial materials made through tightly controlled processes from refined or synthetic raw powders, thus differentiating them from all conventionally fired products.

Fine Ceramics can be made to possess a wide variety of unique characteristics through variations in raw materials, synthesizing methods and production processes. Consequently, they have become the standard for new materials in countless fields of advanced technology. Because of their light weight, rigidity, physical stability and chemical resistance, large ceramic components several meters in size are now used in equipment for manufacturing semiconductors and liquid crystal displays. In addition, their high reliability and successful integration with metals allows them to be used in a growing range of automotive components.
With their dielectric and piezoelectric properties, Fine Ceramics serve as base materials for many essential electronic components, including compact, highly efficient capacitors, filters, and resonators. They perform key roles in various other industries as well. For example, their chemical inertness is very useful in the heavy chemical industry, while their abrasion resistance is valued in textile manufacturing. Beyond industrial applications, Fine Ceramics are increasingly used in the everyday goods we depend on, such as knives, pens, jewelry, decorative items and even medical and dental implants — all of which make use of the unique material characteristics of Fine Ceramics. 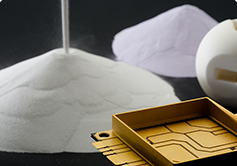 What are Fine Ceramics?

What are Fine Ceramics?

Term Coined by the Founder of Kyocera

Term Coined by the Founder of Kyocera 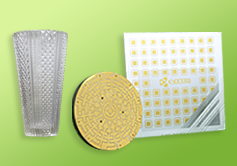 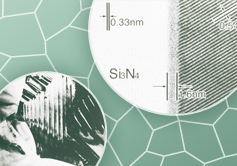